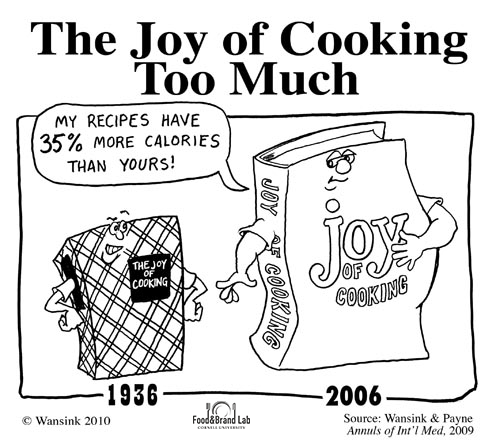 The old saying was “if it bleeds, it leads,” and that truism holds in the age of digital and social media. Consider the past weekend’s “March for Life” as a relevant example: according to the New York Times, mass shootings make up only 1% of gun-related homicide deaths, but draw round-the-clock coverage due to the shocking, gut-wrenching notion of innocent humans, especially children, being murdered by a rifle-toting psychopath.

If anything, the advent of digital and social media has exacerbated the old journalism cliché about what moves the needle. The very notion of “click bait” underscores this notion… According to Google, click bait is “content whose main purpose is to attract attention and encourage visitors to click on a link to a particular web page,” and topics that terrify, tantalize and titillate litter the social media feeds of tens of millions of Americans each day.

Food and nutrition reporting, by the way, are far from immune to this tendency.

The New Yorker published a fascinating piece last week about a 2009 study by Cornell University’s Food and Brand Lab, which suggested that the classic tome The Joy of Cooking (and cookbooks like it, one assumes) is at least partially responsible for Americans’ burgeoning waistlines. According to the story, the study claimed that calorie counts in the book’s recipes increased by an average of 44% between the book’s original 1936 publication and a new edition released in 2006.

As it turns out, the methodology behind the study was… problematic.

The recipes were compared on the basis of serving size, for instance, but ten of the eighteen recipes that were studied do not specify what counts as a serving. (“Joy” ’s chocolate-cake recipe yields simply “1 cake.”) The small sample size was especially problematic, Heathers explained, because the calorie changes in the eighteen recipes that were studied varied drastically, from a hundred and thirty-four per cent increase in the goulash to a thirty per cent decrease in the rice pudding. “That’s not a reliable pattern!” Heathers said.

Wansink also insisted on only comparing recipes that bore identical names in different “Joy” editions, regardless of the accompanying recipes, which sometimes led him to compare two entirely different dishes. He liked to point to gumbo as one of the most egregious calorie gainers, but the recipe from 1936, a clear soup of chicken and sliced vegetables simmered in water, has almost nothing in common with the sausage-studded, roux-thickened chicken variety featured in the 2006 book. “It’s like comparing a Chateaubriand to a whole roast steer,” Heathers said, “and saying they’re both roast beef.” 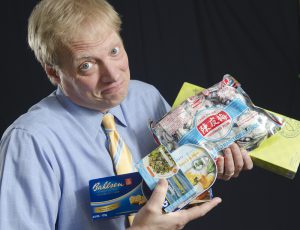 The Cornell Food and Brand Lab is run by a professor named Brian Wansink, and his unit churns out quite a lot of research, most of it presented in an incredibly media-friendly format tailor-made for splashy headlines. I wouldn’t be at all surprised if I looked back in my own files to find that I’ve reported on one of the Lab’s studies or another, in fact.

But as an academic unit, there is increasingly some question as to the integrity of the Lab’s research methods. A recent exposé, of sorts, by Buzzfeed all but accused Wansink of methodological malpractice:

Over the last 14 months, critics the world over have pored through more than 50 of his old studies and compiled “the Wansink Dossier,” a list of errors and inconsistencies that suggests he aggressively manipulated data. Cornell, after initially clearing him of misconduct, has opened an investigation. And he’s had five papers retracted and 14 corrected, the latest just this month.

Now, interviews with a former lab member and a trove of previously undisclosed emails show that, year after year, Wansink and his collaborators at the Cornell Food and Brand Lab have turned shoddy data into headline-friendly eating lessons that they could feed to the masses.

This situation picks a few scabs for me: on the one hand, as an agricultural journalist by training and background, I’m reminded that it is the job of the journalist to verify the facts that we are reporting, and that at the same time we rely on experts to verify technical facts that we are generally untrained to verify ourselves. In other words, when a reporter gets a release from a lab at a prestigious university such as Cornell, more often than not they may accept the results of the study without taking the time to pull apart the methodology and the data.

Secondly, it is a reminder that as a society we are utterly befuddled about what to eat. At least 40% of American adults were obese as of 2016, according to a report published Friday, with nearly 8% falling in the “severely obese” category. I’ve struggled with my own midsection for years, so I pay close attention to reporting on the subject, and one thing is clear: the average American has more information than he can adequately process, and our collective waistlines support that conclusion.

As The New Yorker put it in reporting on Wansink’s hit job on The Joy of Cooking: “The result is an academic literature full of often contradictory advice—Eating animal fats causes massive weight gain, avoid it! Eating animal fats is the only way to lose weight and keep it off, add it to your morning coffee!—that can amplify consumer anxiety toward how and what to eat.”

Land Grant Universities are an incredibly important source of research in the public interest. I can appreciate the tremendous pressure academics face with regard to publishing frequently and obtaining funding, but the Land Grand mission and system are too important to stand by and let click bait and fake news pass for quality research and outreach.