In the beginning, social media was a good thing. Sites like Facebook allowed netizens to commune with friends and family, absent the bonds of time and space. People could share anecdotes, photos and memories with one another, in some ways recreating the utility of a family or class reunion without the logistical headaches or potential awkwardness.

…but as time passed, this new “social” media became something else entirely. In many ways, it became anti-social. The cloak of internet anonymity allowed people to say things – in some cases, horrible things – that they would never have said to another person face-to-face.

A recent University of Pittsburgh study found a disturbing correlation between social media usage and depression. As reported by WBUR, the findings present a pretty bleak picture of “social” interaction online:

The researchers found that negative experiences on social media were “strongly and directly related” to increased symptoms of depression, as expected. However, positive experiences were not significantly protective against depression.

For every 10 percent increase in reported negative experiences on social media, there was a 20 percent jump in a student’s odds of reporting depressive symptoms.

Yet for every 10 percent increase in positive experiences, the odds of reporting depressive symptoms fell by just 4 percent, which was not statistically significant.

The researchers touched on a variety of issues that might be tangled up in this possible connection, including the “fear of missing out” on the carefree lifestyles depicted via sites like Instagram. But instances of cyber-bullying and “trolling” have become commonplace enough to become a part of the common parlance – consider that the second definition of the world “troll” as a verb is, “a person who intentionally antagonizes others online by posting inflammatory, irrelevant, or offensive comments or other disruptive content.”

That definition didn’t exist more than a few years ago.

I’ve had more than one experience with “trolls” online, but a Facebook discussion that went off the rails this weekend has me thinking about the lost art of discourse and persuasion in the modern era. The gist of the situation is that I posted what I thought was an innocuous observation – that my Canadian and European clients have much more family-friendly maternity/paternity leave policies than we do here in the States, and that maybe if we’re really serious as a country about family values, we should reevaluate our policies on family leave.

Three comments after my post, an older professional acquaintance launched into what can only be described as a rant that hit the trifecta of mocking me for the post, thanking God for President Trump and bashing President Obama (I mention the last two points because they had absolutely nothing to do with what I assumed was a non-partisan observation on my part).

A second professional acquaintance took a similar tack, attacking me personally (suggesting I should “move to Europe” if I liked it so much) and lambasting those who chimed in with their own observations as “typical liberals” and so on.

The sad reality is that most of the folks in this 80-comment pileup agree on at least half, if not 80%, of each other’s positions on a variety of policy positions and political issues. But two commenters took the approach that the issue of maternity leave is not only a political issue of grave importance, but that they should verbally attack anyone who disagreed with their stance on that issue.

So I pose to you the question: When was the last time anyone was convinced of an argument advanced by yelling and name-calling?

We both know the answer to that one. And yet the second question is as important: If we know that being a jerk online is not only ineffective but actually counterproductive, why do we fall into the trap of assuming that our way of thinking is not only the right way of thinking, but a way of thinking that we must defend by disrespectful words and tone in the online arena?

I’m reminded of the Dale Carnegie classic, How to Win Friends and Influence People. For those out there who would seek to persuade others, these lessons might be useful: 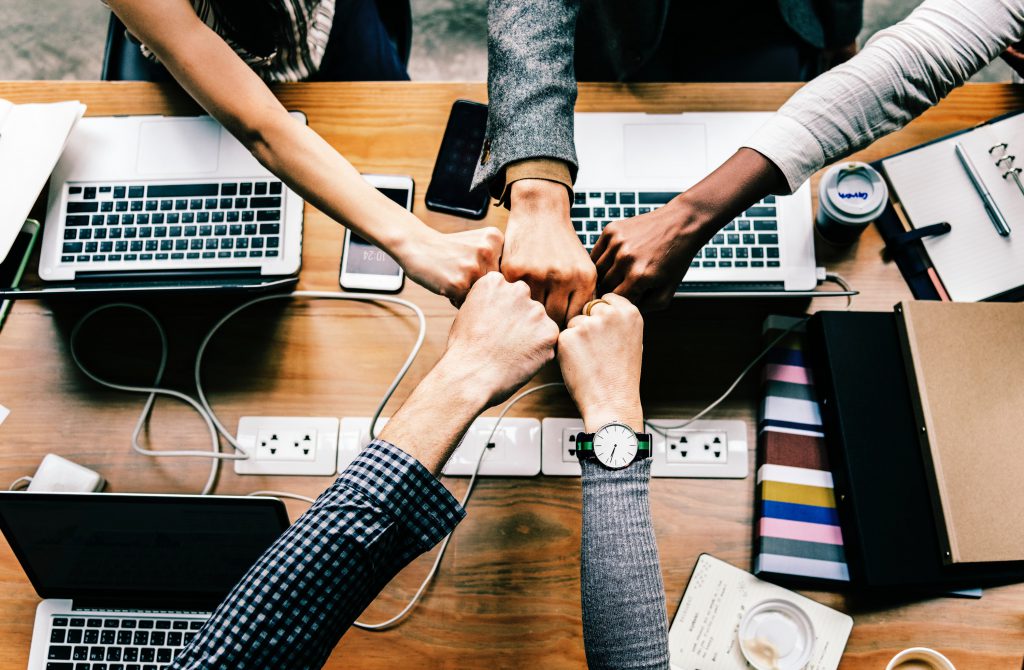 Carnegie and Covey have several more pieces of relevant wisdom, and many of us could use a refresher course. I am certainly guilty of confusing a sharp word with wit, and have to remind myself that one draws more bees with honey than with vinegar.

…and setting aside Carnegie and Covey, I’ll turn to my favorite philosopher, my late Grandma Wilma, who on more than one occasion reminded me of this sage advice: “If you can’t say something nice, don’t say anything at all!”

Perhaps you’ll join me in recommitting to being a lot more sociable on social media. We can all use more friends, and fewer trolls.