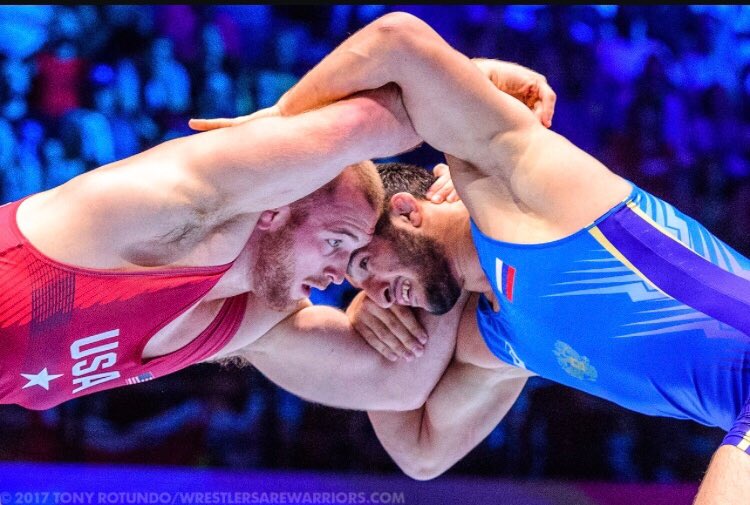 “Wins or losses don’t define me.”

The match was a high-anticipated rematch of the 2017 World Championship final, in which Snyder outlasted a fellow 2016 Olympic gold medalist, Russia’s Abdulrashid Sadulaev, at the time considered the best pound-for-pound wrestler in the world. Snyder, then a two-time world champ and one of the brightest young stars in the sport, won what was billed as “The Match of the Century” in a 6-5 decision.

Last week in Budapest, Snyder lost “The Rematch of the Century” in the most dramatic way possible.

When asked how the match would definite him, Snyder’s response was classic: “Wins or losses don’t define me,” he said.

I’m thankful for everything: I’m thankful for the gifts that I have and the opportunity to compete. God’s given me the wins that I’ve had, the great wins we’ve seen, and God’s also given me losses, and I’ll take both of them. Whatever he wants to give, I’ll learn from it, and that’s the deal.”

Think about the power of that mindset. Here is a man who has spent literally thousands of hours of his life dedicated to becoming the best in the world at the sport of wrestling… how can wins and losses not define him?

And yet you can hear the sincerity in his voice and in his words – this isn’t some empty platitude offered by someone who has given no thought to their foundational values. Kyle Snyder knows who he is, and he knows precisely what defines him: his faith in Jesus Christ.

That may or may not be your defining value; Snyder’s statement has power for the Christian and non-Christian alike. The powerful thing about his statement isn’t only that Kyle Snyder has a deep well of faith sustaining him, but that he is not defined by what he does, he is defined by something much deeper… and most importantly, he knows the difference between the two.

In both cases, that answer was shallow, because I allowed myself to be defined by what I did, instead of by who I was or by my values and beliefs.

So I’ll ask you: What defines you? Do you know?

If, like me, you struggle with this, learn something from Kyle Snyder’s clarity of vision and purpose. Deep down, something defines you – you owe it to yourself to find out what that truly is.