A New York Times headline captivated me this morning: Motherhood in the Age of Fear. To be honest, it was actually the Twitter post promoting the story that pulled me in:

Kim Brooks writes, “We now live in a country where it is seen as abnormal, or even criminal, to allow children to be away from direct adult supervision, even for a second”

I’m not a mom, so I might have skimmed past the headline, I suppose, but the notion that we never allow our kids to be away from direct adult supervision struck a chord.

I grew up on the farm, and as my daughter approaches Kindergarten in a few weeks, I find myself reflecting on the many differences between her childhood in the suburbs and mine on a dusty rural road in Highland County. Some of the differences are obvious: The Little Tyke spends zero time bottle-feeding orphaned lambs or doing chores in the barn. We have neither lambs nor a barn.

But some of the differences are hidden in the fabric of daily life, and how we as a society parent our kids in the modern era. Times columnist Brooks highlights this evolution in the retelling of her brush with the law over leaving her 4-year-old son in the car while she ran a quick errand.

I’d grown up in that same town in the 1980s and had spent hours waiting in the back seat of my parents’ station wagon, windows open, reading or daydreaming, while they ran errands. Had so much really changed since then?

So I told him I’d be right back. I cracked the windows and child-locked the doors and set the alarm. When I got back five minutes later, he was still playing his game, smiling. We picked up his sister and our suitcases back at my parents’ house and caught our flight home.

In that five-minute span, some nattering nabob had taken a video of the child in the car, and called 911. Brooks was charged with “contributing to the delinquency of a minor” and ultimately struck a bargain with the prosecutor: the charge was dropped in exchange for 100 hours of community service.

But think what that sequence of events says about rearing a child: If a child is left alone for literally five minutes, they’re at risk of turning delinquent? Virginia law specifically mentions, “any act, omission, or condition that renders a child delinquent, in need of services, in need of supervision, or abused or neglected.”

So leaving your child unsupervised is considered legal neglect in the state of Virginia. According to Brooks’ editorial, 19 states have statutes specifically dealing with letting a child wait in a car. Utah made news earlier this year for passing a law protecting parents for practicing something called “free-range parenting,” or what our parents simply called “parenting.”

Brooks’ piece focuses mostly on the effect our hypernannyism has on mothers, particularly poor and/or minority mothers who struggle to find or afford quality childcare. That is an important discussion, because as she notes, our accepted societal norms in this vein have an outsized effect on disadvantaged mothers.

My bigger concern, however, is how we’re screwing up our kids.

A piece on a different but related topic caught my eye earlier this week. Erika Christakis in The Atlantic writes that parents’ screen time – what she calls “distracted parenting” – is a bigger issue than we probably realize.

Yes, parents now have more face time with their children than did almost any parents in history. Despite a dramatic increase in the percentage of women in the workforce, mothers today astoundingly spend more time caring for their children than mothers did in the 1960s. But the engagement between parent and child is increasingly low-quality, even ersatz. Parents are constantly present in their children’s lives physically, but they are less emotionally attuned.

We’ve become generally more aware that our kids have more of their own screen time, and that this trend is almost certainly a bad thing. But we’re ignoring the fact that with the rise of the ever-present smartphone, we’re actually ignoring our offspring much of the time we’re hovering around them. 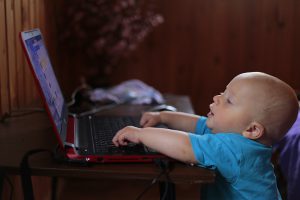 Brooks, when writing about the “age of fear,” notes that, “now children do not walk to school or play in a park on their own. They do not wait in cars. They do not take long walks through the woods or ride bikes along paths or build secret forts while we are inside working or cooking or leading our lives.”

And what have we replaced those critical times of adventure and growth and learning and autonomy with? Ever-present parents who are mentally or emotionally somewhere else entirely.

I mentioned that The Little Tyke is heading off to Kindergarten in a couple of weeks. In reality, all that means is that she’s moving to a different classroom down the hall. She’s been attending “school” for several years already.

Like most parents these days, we had to find childcare outside of our home as my wife and I both work, and although I work from a home-based office, my travel schedule is frequent and irregular enough that a consistent care schedule was not only preferable but necessary. So while reading Christakis’ piece on distracted parenting, another story under her byline caught my eye: The New Preschool Is Crushing Kids, she wrote in early 2016.

Over the past 20 years, she wrote, preschool pedagogy and curricular have changed dramatically, with students now spending much more time on “seat work,” learning to read and doing worksheets. Indeed, we have observed that our daughter is reading at least a year earlier than I did, and I’ll wager that she’s reading at a higher level now than I was then, a year later.

I’m tempted to chalk that up to stellar genetics and strong parenting, but there is little doubt that her reading has a lot to do with her being in school the past three years. Kindergarten was my first school, period, while for The Little Tyke, this is her third or fourth classroom already. Christakis cites a recent study titled “Is Kindergarten the New First Grade,” in which researchers found that 80 percent of kindergarten teachers expected their pupils to know how to read by the end of the year.

“In turn,” she wrote, “children who would once have used the kindergarten year as a gentle transition into school are in some cases being held back before they’ve had a chance to start. A study out of Mississippi found that in some counties, more than 10 percent of kindergartners weren’t allowed to advance to first grade.”

At the other end of the educational pipeline, we’ve discovered that “25 is the new 18,” a phenomenon that researchers are calling “extended adolescence.” As reported last year in Scientific American, “since around 2000, teens have become considerably less likely to drive, have an after-school job and date,” among other traditional hallmarks of adolescence such as trying alcohol for the first time.

By the early 2010s, it also appeared that 12th graders were going out far less frequently than 8th graders did in the 1990s. In 1991 54 percent of high schoolers reported having had sex at least once; in 2015 the number was down to 41 percent. What’s more, the decline in adult activity was consistent across all populations, and not influenced by race, gender or location.

“I’ve seen so many articles in which experts said they didn’t know why the teen pregnancy rate was going down or opining that teens were behaving in a more virtuous way…or that they were lazy because fewer were working,” recalls Jean Twenge, professor of psychology at San Diego State and the lead author on the study. “Our results show that it’s probably not that today’s teens are more virtuous, or more lazy—it’s just that they’re less likely to do adult things.” She adds that in terms of adult behaviors, 18-year-olds now look like 15-year-olds of the past.

I can’t tell you when I had my first beer, save to say that my parents had no qualms about signing the permission slip allowing me to drink a beer with dinner on a student trip to Europe the summer after I turned 15 (I also used to joke that I drank more beer my senior year of high school than I did my freshman year of Ohio State… which was probably more true than a joke). I had a job as soon as I turned 16, because Dad’s rule was that to have a car, I had to have money to pay for gas… and to pay for the car itself, of course. 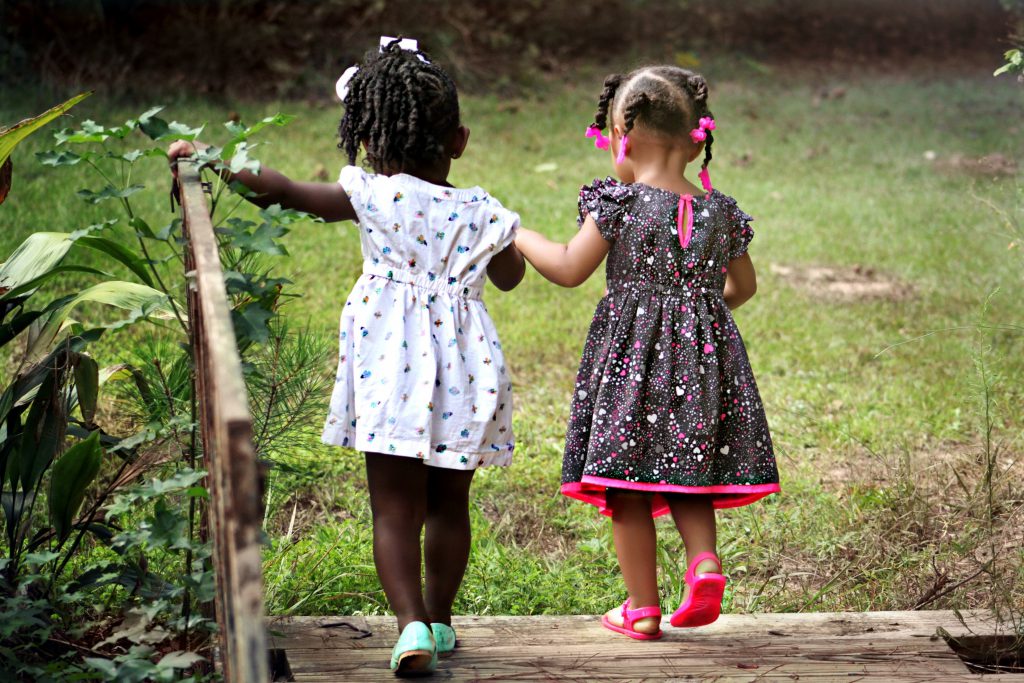 So put this all together. We’re continually hovering over our children, stifling them from developing any sense of independence and autonomy.  We’re forcing them into learning more, earlier, in a strictly school-focused sense, but delaying them from learning “real life” things related to adulthood. And while we’re smothering them with our presence, we’re not actually giving them anything remotely resembling our undivided attention.

It’s little wonder, perhaps, that depression and suicide rates among American kids are higher than ever. We’re modeling poor behavior for our kids, we’re failing to connect with them on deeper levels, we’re placing outsized scholastic expectations on them and short-circuiting some of the important, healthy parts of being a kid.

What is the answer to this basket of seemingly separate but interrelated issues? To some extent it’s recognizing our own role as parents in creating this environment and situation – and our role in fixing it. One of the things we do at our house is to have dinner, as a family, at the table every night with no devices at the table. That’s a minor thing, perhaps, but I have many fond memories of sitting at the table with Mom and Dad and Little Brother every night.

Fortunately, The Stunning Mrs. Vance helps keep me honest. She points out that I’m borderline neurotic about The Little Tyke’s physical wellbeing, and that I’m also prone to being distracted by my bloody phone. So I’m lucky to be parenting with her.

Kids, as they say, don’t come with an instruction manual. I guess, like our parents, all we can do is to do our best.