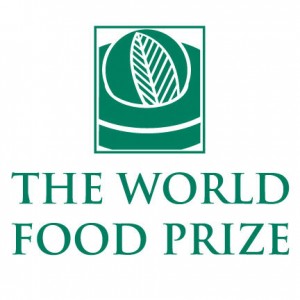 Get ready for the biotech backlash.

Okay, so the biotech backlash has been underway for quite some time, led by well-fed folks in developed countries who want to force their views on food, science and the environment on a planet that has to face the very real challenge of feeding a growing population with essentially the same – or fewer – resources than are currently available.

Before I get into the story at hand, I want to share some numbers with you, courtesy of the International Food and Agribusiness Management Association’sannual World Forum, from whence I am writing:

We’ve got the 9 billion figure pretty well ingrained in our minds, although the true figure may be even larger than we realize. The second two stats, on the other hand, I think bear even further attention because they illustrate the larger challenge: we not only have to feed more people, but we have to feed more people with more money, and we’ll have to do so witheven fewer folks actually producing food.

Keep that in mind as you read this story: The World Food Prize, based in Des Moines Iowa and founded by Dr. Norman Borlaug (the only agriculturalist ever to win the Nobel Peace Prize), named three pioneers in modern plant biotechnology as its 2013 Laureates. Marc Van Montagu of Belgium, and Mary-Dell Chilton and Robert T. Fraley of the United States — were named June 19 the winners of the 2013 World Food Prize during a ceremony at the U.S. State Department, where Secretary of State John Kerry delivered the keynote address.

With apologies to Paul Harvey, here is the rest of the story: Dr. Chilton is Founder and Distinguished Fellow of Syngenta Biotechnology, and Dr. Fraley is the Chief Technology Officer for Monsanto.

At a time when biotech companies in general, and Monsanto in specific, are pilloried and blamed for everything from oppressing farmers to ruining the environment to causing AIDS(yes, you read that correctly), tapping three pioneers in the crop biotech movement to receive the “Nobel Prize of Agriculture” is a major statement.

So I’ll say again, prepare for the backlash. You and I likely understand intuitively that, A.) man has been genetically enhancing crops for centuries, B.) genetically-enhanced ingredients are no different nutritionallyor in terms of food safety than conventionally-derived crops, and C.) feeding 9 billion people, including an additional 3 billion middle class consumers, will require increasingly advanced seed technology.

Not everyone has that level of understanding, however.

In fact, before Secretary of State Kerry even made the announcement, at least one anti-biotech voice was working to discredit the World Food Prize organization itself:

While the U.S. government’s involvement might suggest that the prize is a neutral barometer of agricultural excellence, funders of the foundation which backs it have a vested interest in promoting industrialized farming around the world. In fact, many of the World Food Prize’s major donors are among the biggest names in agribusiness today.

Out of 125 donors who contributed more than $500 between fiscal years 2009 and 2011 (the years for which the Foundation’s tax records are most readily available) 26 were either agribusiness or charities directly affiliated with agribusiness. Together, donations from these companies amounted to more than 28 percent of funds raised for that period, a Mother Jones analysis has found. The combined support of ADM, Cargill, Monsanto, and General Mills alone for this period came to more than half a million dollars.

I have a sneaking suspicion that the author had some inkling that biotech was going to be the centerpiece of the 2013 WFP… A source not connected to the WFP tipped me off early this morning that someone from Syngenta and Monsanto would be recognized, and when I went to Google the Mother Jones piece was the first thing that popped onto my feed. Since MJ and its readers are by and large opposed to biotech, it’s not surprising that they would speak out against major agribusiness firms backing the WFP organization:

In recent years, many World Food Prize recipients have been champions of exactly the kind of industrial-scale agriculture that is the livelihood of the award’s corporate backers. In a New York Times op-ed from 2009, Per Pinstrup-Andersen, the Prize’s 2001 laureate, blasted critics of industrial agriculture, writing that “[m]isguided, anti-science ideology and failure by governments to prioritize agricultural and rural development in developing countries brought us the food crisis.”

The next year, Jo Luck and Pedro Sanchez, who won the Prize in 2010 and 2002, respectively, began serving on a policy advisory committee for DuPont. In 2011, the ex-Ghanaian president John Kufuor was awarded the Prize for implementing “major economic and educational policies that increased the quality and quantity of food to Ghanaians.” Kufuor’s leadership also saw consolidation of the agriculture industry and increased investment from US agribusiness.

So what’s the point? The author was clearly furthering the conspiracy theory that the agriculture sector is run by a shadowy cabal of major food companies, agribusiness and pharmaceutical firms. For me, the bigger point is this: the major companies backing the WFP program truly believe in the mission set out by Dr. Borlaug generations ago: improving the quality of life on this planet through improved agricultural technologies and practices.

The World Food Prize’s gravitas increased significantly in my mind today, because the group had the brass to name Robb Fraley, public enemy No. 1 to the anti-GMO community, as one of its three laureates, along with Drs. Montagu and Chilton. By sounding the call that modern plant biotechnology is an important tool in achieving Dr. Borlaug’s mission, the organization has made a major statement, and one that they should be prepared to defend in the face of the anti-biotech backlash to come.