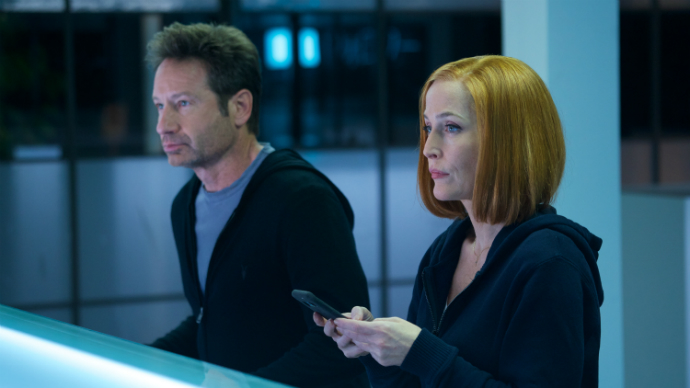 You who are on the road
Must have a code that you can live by
And so become yourself
Because the past is just a good-bye.
Teach your children well,
Their father’s hell did slowly go by,
And feed them on your dreams
The one they picks, the one you’ll know by.
Don’t you ever ask them why, if they told you, you will cry,
So just look at them and sigh
And know they love you.

Fast-forward half a century, and I found myself hearing snippets and fragments throughout a Season 11 episode of the Fox television show The X-Files called “Rm9sbG93ZXJz” (according to Vox, that translates to “followers” in Base64 code). The episode, which featured essentially no dialogue, delves into what may or may not be an existential issue: how far has artificial intelligence – or at least the precursors of true artificial intelligence – wound its way into our daily lives, and what does that mean for our interactions with that A.I., and each other?

As a Vox review explains, the episode takes Mulder and Scully from a silent dinner at an automated sushi bar to running for their lives from drones, bots, self-driving cars and 3D printers literally trying to kill them, all because Mulder didn’t tip the robots who served him blobfish erroneously. You heard that right: he didn’t tip the robots, so they tried to kill him.

A bit far-fetched, no? Well, actually…

It’s a scenario far closer to how AI might eventually exterminate us. Understanding only a small facet of human interaction, it can’t comprehend when we break from that programming and do something else; and thus, it makes a decision that seems logical to it and horrifying to us, like turning all of our smart devices and other robotic pals against a pair of bad tippers.

The episode opens with a riff on the time in 2016 when Microsoft uploaded an AI chatbot to Twitter and it was quickly turned into a racist via its interactions with real human Twitter users. It closes with Mulder, having successfully subdued the mechanized threat by tipping the robotic sushi chefs 10 percent (the bare minimum), muttering, “We’ve gotta be better teachers.”

Mulder is right, of course. If Twitter on any given day is any indications, we’re pretty much unevolved barbarians when it comes to social interaction. Facebook is often worse on the whole, although sometimes we overlook the pettiness and nastiness there because we trade so many pictures of cute children and puppies along the way. 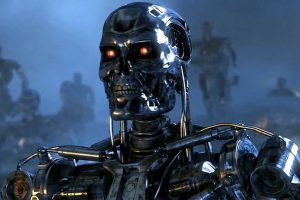 Terminator 3: Rise of the Machines

But we’re losing – or have already lost – a certain part of our humanity along the “social media” journey. As Vox’s Todd VanDerWerff puts it, “By moving so much of our life online and abandoning certain codes of etiquette that served us so well in face-to-face interactions, we’re inadvertently teaching our potential successors all the wrong lessons.”

The episode, and VanDerWerff’s review, focused on what we’re teaching our future robot overlords, but as the farther of a young child, I often think about what we’re teaching her and her generation. For those of them who are already online, what example are we setting for them with our words and actions? For the ones who aren’t yet engaged in the online sewer, what example are we setting for them by having our faces glued to a screen ad infinitum?

Our children are the future, I am reminded frequently, and mine gives me great hope. Listening to her chatting away with her yearling pup this morning while getting ready for school reminded me that kids are inherently good-natured, good-hearted, beautiful little creatures who can often teach us as much as we teach them. She gladly reminded me that yesterday was Earth Day, and rattled off some things she’d learned at school about conservation. I was reminded of the big push during my sixth-grade year to indoctrinate us all in the miracles of recycling… and that, nearly 30 years later, we are faithful recyclers.

Her generation will do a great many things better than we do today, in theory. Presuming, of course, that we teach them well. 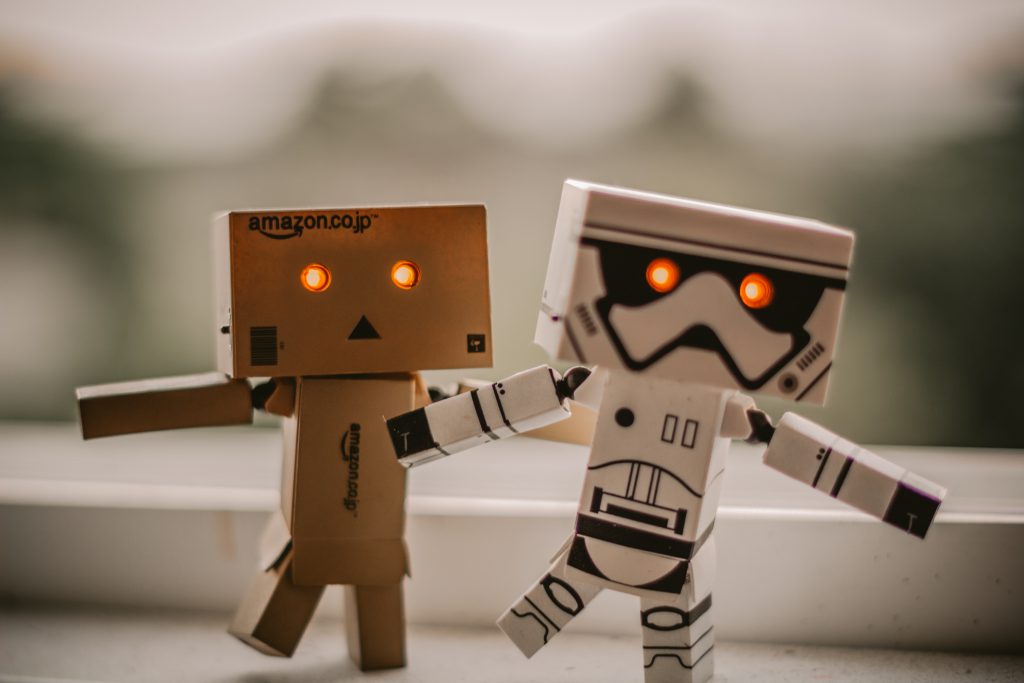 When I met The Stunning Mrs. Vance, she didn’t do any social media (still doesn’t) and didn’t have a smart phone (has one, but only because Samsung stopped making her favorite flip phone). She was then, nearly eight years ago, beating the drum about the “rise of the machines,” because she saw Terminator and saw way too many parallels with Skynet and our current preoccupation with all things tech.

As she encouraged me to watch The X-Files over the weekend, she took a perverse glee in watching my discomfiture as Mulder and Scully careened from one digital devilment to another.

…and then she tried to give me a heart attack the next day by asking if I thought we should get an Amazon Alexa device and a Roomba.